Is God a Medieval Tyrant?

Some people are under the impression that the God of Christianity is one who seeks to punish people. The childhood image of an old man with a white beard and a big stick has survived into many an adult life. Have you ever wondered whether this caricature is accurate? Is this really the Bible’s picture of the Christian God, or has it come from elsewhere?

We need to go back in history to find the answer to that question. In the past, the gods of various world cultures needed appeasing. Even in this country, regular sacrifices (occasionally human ones) were offered to the Celtic gods in the hope of gaining their favour. Other cultures had similar customs, and even the sophisticated Greeks and Romans took care not to offend the gods of the lands they conquered.

The Bible too speaks of sacrifice, but there are some significant differences; the first sacrifice was made by God Himself, using an animal of His own. It wasn’t made to appease anyone, but to provide a covering for the wrong done by one man. It also came with a promise that one day He Himself would provide a special offering to bring an end to the continual cycle of sacrifices. Note too that the God of the Bible never required anyone to offer another person in sacrifice.

When Jesus lived here on earth, He kept telling His hearers that His Father did not condemn anyone for their sins, but had sent Him to rescue them from an awful fate. They only realised later that Jesus’ own death was the promised sacrifice to end all sacrifices. Jesus always knew that some would be willing to take His Dad’s rescue plan on board and some wouldn’t, so He didn’t mince His words – He warned those who rejected it that they were bringing everlasting pain upon themselves. You could say that the message was one of two things – just like it is today – good news to those who recognised they were in deep trouble, or bad news to those too proud to acknowledge their need. 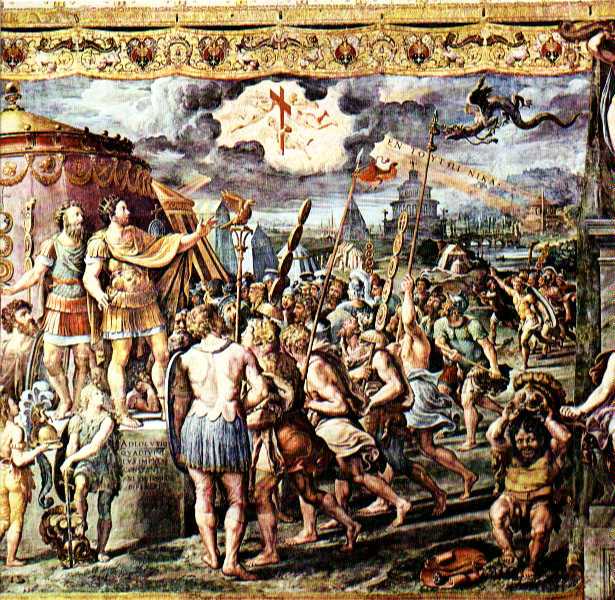 After the resurrection, His followers took the good news far and wide. At first they were considered a dangerous cult, and were hunted down and killed – most people know about Christians being thrown to the lions in Roman amphitheatres, or the Emperor Nero using their burning bodies to light up his garden. A big change was on its way though.

Later another well-known Emperor called Constantine made Christianity the official religion of the whole empire. All of a sudden, the Church was part of the system, not just a bunch of religious outsiders. Jesus had made it very clear that His kingdom was an eternal one not a political one but sadly, after Constantine, the Church got tied up with trying to establish its rule upon this earth. Unfortunately, this change of focus significantly altered the Church’s message.

Jesus had preached about being restored to friendship with His Father and salvaged from sin, but over time the Church ended up misrepresenting that message in order, it seems, to keep people under its control. The character of God got twisted into one who punishes disobedience with torment in Hell, and it was this concept that gave rise to the medieval tyrant image. Whilst Hell is unavoidable for those who insist on rejecting God’s escape plan, the Bible makes it quite clear that He doesn’t want anyone to end up there. But a person can only benefit from His offer of rescue when they’re willing to accept that they’re in a mess of their own making, and one which they can’t get themselves out of.

Let me illustrate this with a picture. Imagine you are in a boat on a slowly flowing river on a warm sunny summer’s day. You feel relaxed, you put down the oars, and lie down in the boat to enjoy the sun and the sounds of the countryside. There is nothing to alarm you or others like you who are enjoying the peace and warmth of the day. Even a low rumble coming from some miles away does not bother you. Then you spot a man jumping up and down on the bank waving and shouting at everyone, but the bank’s some distance away and you can’t be bothered to sit up and listen to his urgent calls. You wish he’d stop disturbing your peace, but he carries on and you’re getting annoyed with him.

Then, without warning, someone grabs your boat from in the water. Breathlessly he tells you that he is the man’s son who’s been sent to warn you that you’re in great danger. That gentle roar in the distance is in fact a massive waterfall, and the strength of the current in this section of the river is deceptive. No-one has ever been able to escape its pull through their own efforts. The young man shows you a rope attached to him and says his father is strong enough to pull both of you to safety, but not the boat. All he asks you to do is get out of the boat and cling on to him. He will hold on to you whilst his Dad hauls the pair of you to the bank.

Whilst this little story cannot fully describe God’s love for people, it does illustrate that He is not a tyrant seeking to punish people like you and me. It has always been His intention to rescue as many people as possible. He even sent His own Son Jesus Christ to rescue us, but it’s up to each one of us to grab hold of His life-guard for ourselves.

Illustrations:
Top - detail from “The Creation of the Sun and the Moon”, Sistine Chapel Michelangelo;
First on left - The Wicker Man, from ‘The History of the Nations’;
First on right -  “Faithful Unto Death” Herbert Schmalz;
Second on left - detail from “The Vision of the Cross”, Apostolic Palace, Raphael;
Second on right - “The Last Judgement, Hell”, Fra Angelico;
Last two are stock photographs.