Is God really there?
Or is He just an absentee landlord? 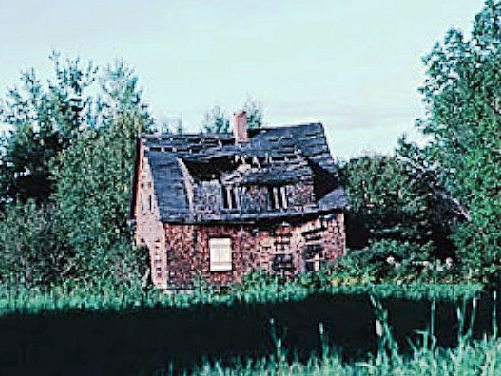 This is one of a series of short articles designed to answer the question, “Is God really there?”

Some people have the vague impression that if the God of the Bible made the earth and put us on it in the first place, then He must still be around somewhere keeping an eye on things from a distance. Something of an absentee landlord, if you like. They might even have some notion about us being tenants or stewards of the earth. But a lot of people end up bewildered or angry, under the impression that God is not on their case as they think He ought to be largely because He does not seem to answer their prayers or cause circumstances to turn out in the way they want Him to.

This illustrates how easy it is to get confused in our thinking if we don't understand the God of the Bible properly – we start out under an illusion, and end up disillusioned! Here are four points which offer some food for thought in these areas:

a) Has twenty-first century modern man got his thinking the wrong way up? Do we realise that the Lord is our Maker and not vice versa? Do we think of ourselves as God's servants, or of Him as our servant? The Scriptures refer many times to mankind's need to maintain a humble attitude towards the Lord God of heaven and earth, as though He knew that we'd need to be pulled back on track with this one. Indeed, the human tendency is to veer away from the challenging truths about the God of the Bible and towards a more user-friendly god which we create in our own image. Trouble with that is that when the crunch comes, the man-made version can in reality do none of the things for us which we need the Lord to do, and all we end up with is self-delusion.

b) Do we ever actually take a proper look at what is around us and consider how it got there and how it stays there? Have we ever really noticed how wonderfully our human bodies function, every system interacting together to make up the finely-tuned whole? (That should not be beyond the reach of any one of us, as we have all experienced illness at one time or another, and felt the relief of being restored to full health and strength again.) When we wake each morning, do we appreciate the fact that the air we breathe contains exactly the right combination of elements for our well-being? Do we ever consider the fact that our planet orbits at the most suitable distance from its energy source (the Sun) so that mankind neither fries nor freezes?

The Scriptures tell us some very important things about the world we live in. Firstly, that the Lord God created all things. Secondly that He holds all things together now by His word of power. Thirdly, that what can be known about Him is evident from the things that He has made. But modern man has a tendency to leave the Lord God out of their reckoning, forgetting that if He really were to go AWOL, then the whole universe would immediately cease to function in the way we take for granted as “normal” and we would soon know about it. Magnify a million times the vulnerability we feel when one small part of our bodies stops working properly or when the weather veers away slightly from what we know as “normal”, and you will still be nowhere near the chaos which would ensue if He really did absent Himself from this place. Let's beware of taking things for granted, forgetting that normality as we know it is due entirely to the Lord regulating and holding together all the systems which make up the world around us.

c) Another issue people stumble over is the fact that the Lord is an incredibly merciful God. They take the fact that He blesses both those who believe and those who disbelieve with sunshine, rain, daily food and drink as a feature of being weak, powerless or distant – rather than as an evidence of His mercy. The fact that in His mercy He chooses to send his sun and his rain upon the just and the unjust may, for those who don't ponder the deeper things of life, obscure the importance of being an appreciative inhabitant of His world. One could perhaps conclude that it doesn't matter if we acknowledge him or not – He'll still sustain the familiar environment and provisions which we so readily assume are our right. Is that the language of gratitude or arrogant presumption?

If you've noticed that things around us seem to be getting worse these days – things like the weather, the economy, society as a whole, have you ever seen in these things a message from the Almighty? Leave Him out of the equation and He'll let you experience just a little bit of what the consequences of doing that really are – harden your heart against Him some more and He'll ramp it up to the next level, and so it will go on - until Jesus comes back, then He'll show everyone what it is like when the world is ruled in a righteous way.

d) One final issue to consider: do we use the Lord God in the same way as we call for the fire service? Another step along that route of presumption or taking His mercies for granted is to think that we can live fine enough without Him most of the time thank you very much, but we still feel that need to be sure that He is there at our beck and call should things get a bit out of hand. Rather like being able to call for the emergency services in a crisis really, but not wanting to subsidise their regular upkeep from our council tax. There are a lot of people who treat God like that – they don't want anything to do with him in the course of their normal daily lives, but if they do come to the place where they call out to Him for help, they expect Him to come running and deliver the answer they expect at the moment they expect and in the way they expect. Not unlike the way many children treat their parents really, but a bit rich don't you think, considering the way up things really are – Him being our Maker and not the other way round.

So when you're tempted to think that the Lord God of heaven and earth is just like any other rubbish landlord who never answers the tenants' calls to get round there and fix whatever has broken now, just be careful. Remember that He is the fairest and kindest of all landlords we could possibly have and it's entirely due to His mercy that we are still alive today. But don't tempt providence as they say, because it will run out one day and we don't know when.