But there’s one pay day which you may never have thought much about. An epic debt was settled then though, and the One who paid it did not deserve to do so. 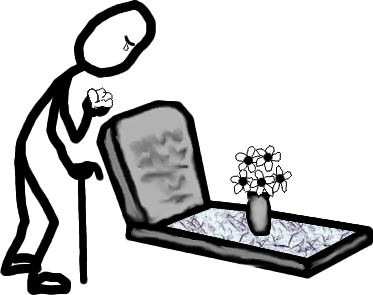 Many people fail to realise why it is that we all die. Is it because evolution hasn’t progressed far enough to keep people alive for ever? Or because we get ill and old, and death is the next stage? Well, that’s nearer the truth – death is in the world because of sin. We all die because we have all done wrong. That’s probably why death is still a taboo subject, pushed to the back of our minds. Nevertheless, there are two appointments we can all be absolutely sure we will keep – the day of our birth and the day of our death. None of us are exempt – the Bible’s words are as true as ever: “What man can live and not see death? Can he deliver his life from the power of the grave?” Even today’s high-tech world cannot get us round that one – and though this may surprise you, that is only just and right. Why? Because we have all earned death – it’s the wages that sin pays.

But I’ve not murdered anyone or robbed a bank or.... Maybe not, but you have thought you knew better than God, or failed to thank Him for His daily provision, or ignored His still small voice or...

You see, “sin” and “human nature” are closely connected. Everyone sins because everyone is human. No-one is exempt. Our first ancestors sinned, and down it has come through the generations all the way to us. Have you ever wondered how our Creator felt when mankind first turned their back on Him? He had prepared a wonderful place for men and women to live, a place where they could live as His friends, but then came sin – a barrier, a wall, a block to that two-way open friendship with people which He hoped for. “Why couldn’t He just turn a blind eye and let them off?” you may ask. Well, a God who did that would not be just or righteous. So, instead of letting the death they had earned wipe people off the face of the earth, He provided a way of paying their debt, a covering for their sin. Throughout the Bible we find many times that a substitute took the rap for the one who had rebelled.

Now let’s turn our thoughts to the final pay day – the one which deep-down we all know is coming (that’s why we’re frightened to die). On the one hand we have the human race, individuals who have racked up this enormous debt; on the other a holy, righteous God who originally made them to live in friendship with Him. But He cannot look on sin, never mind live with it. Nor can He pretend that we have done no wrong, for that would not be justice for those we have hurt. What is to be done? The only way that debt could be cleared would be for God Himself to settle it once and for all. 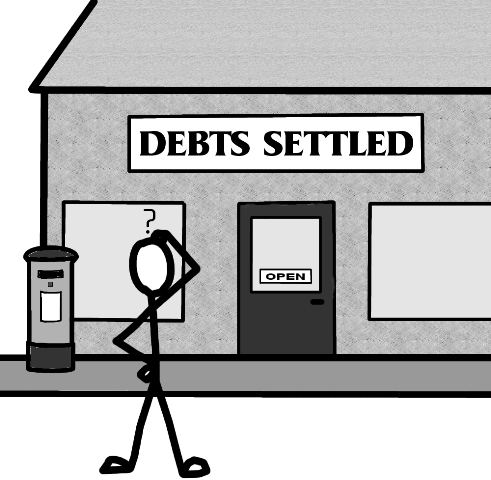 You may be familiar with some of how He did this, though the implications might not have struck you. God became man and dwelt among us, in the person of Jesus Christ. He lived in a human frame with all the potential to sin – just like us. But He didn’t do that – He had His eye on something different – doing what His Father really wanted and rescuing all who longed to be back in touch with Him. Because He did it God’s way, death couldn’t keep Him down.

So there we are – a massive shortfall of righteousness in God’s sight in my account, but a Redeemer Who’s paid it off for all who are humble enough to ask Him to apply it to them so they can be restored to friendship with His Father.